Greetings to all our friends and family, far and wide. This is the umpteenth iteration of our Holiday Newsletter. This time trying the blog route. We’ve also tried publishing, Facebook, Skype, and e mail. As well as mail by snail. Viv wants to do it by Twitter. None seem to work very well. 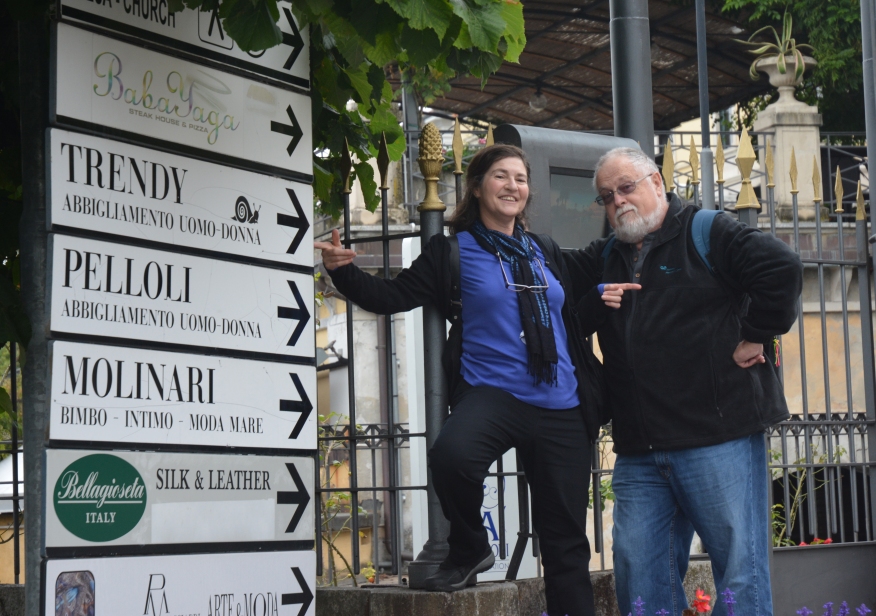 Holiday excitement abounds.A  trip to Toronto  coming up at Christmas to see Jen and Brady. First experience with AirBnB. Yeah. Party like there’s no tomorrow. Trash the place. (Wait. Scratch that.) Gonna eat Toronto’s most interesting gourmet Poutine. Walk through freezing slush. Take the streetcar. Just like the old days. Viv is bringing ear warmers, foot warmers, finger warmers…everything that tech can provide. It won’t help. Even the best Falafel in the western hemisphere won’t help her frozen appendages. Even a LARGE  Timmy’s double double will not thaw her seized up joints. That’s because it’s a WET cold, don’t you see?

Howie is off being fixed. The big issue is that he is incontinent, and dribbles where he shouldn’t. He also is getting the cloaca to his sewage disposal area renewed. This flap is the cause of endless bickering and gnashing of knuckles at pump out stations. Now, pumping out sewage will be a joyous occasion. We are ecstatic….you would be too. Photos are sure to follow.

When we went to the dealer, Viv handed the guy a box of screws and various detritus we had found in Howie. To his credit, he didn’t laugh. Smart guy. Once Howie is back to good, he gets to go away and sleep in his barn until Spring. Louisiana and similar hot spots await. Possibly western Canada in the late summer. Viv has put the kibosh on Tuktoyaktuk, though. This flies in the face of our (my) motto: Driving to the end of the road.

Many of you know more about this year’s trips than you want. But, glad you asked for more. Travelled to California, Oregon, Arizona, and New Mexico in February. Saw lots of great folks, and were privileged to attend  Aaron and Jordan’s nuptials (and rehearsal dinner as below). Stayed with Marilyn and Dave, Gary and Helene, Cici and Louis, and Stephen and Carmen, and in Arizona, Albert, Ileana and kids….. Great hospitality…we thank you all. And we visited and had an amazing chat with Vivian’s first cousin once removed, Madeline, who is 99 years old and lives in West Sacramento. 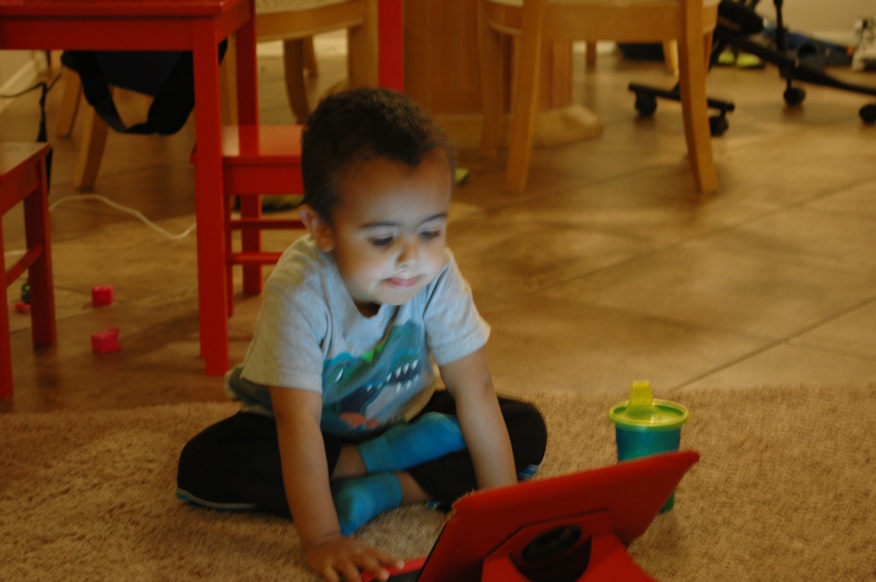 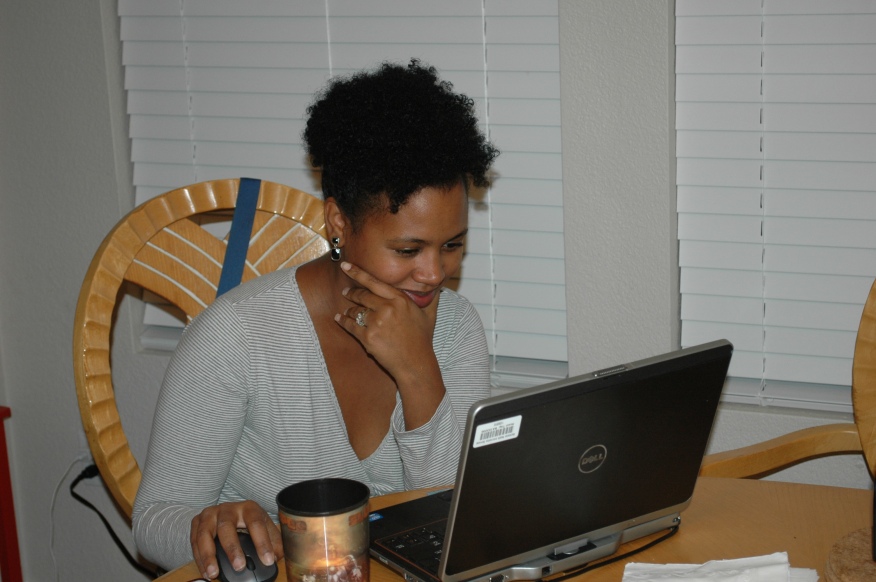 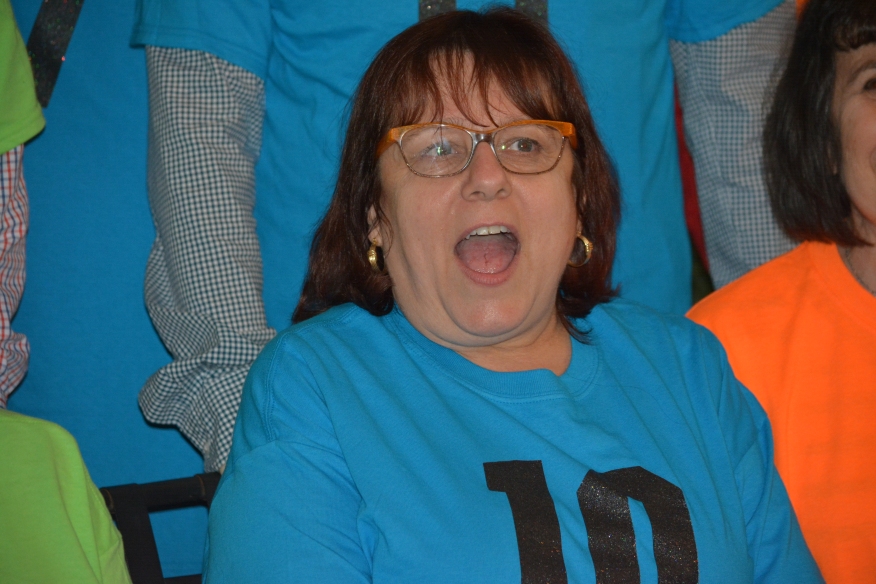 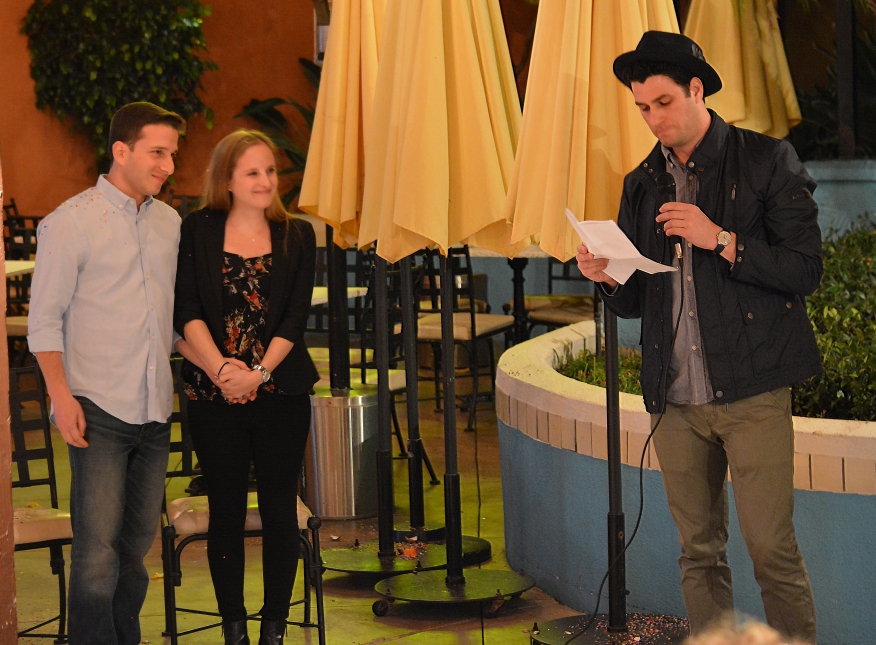 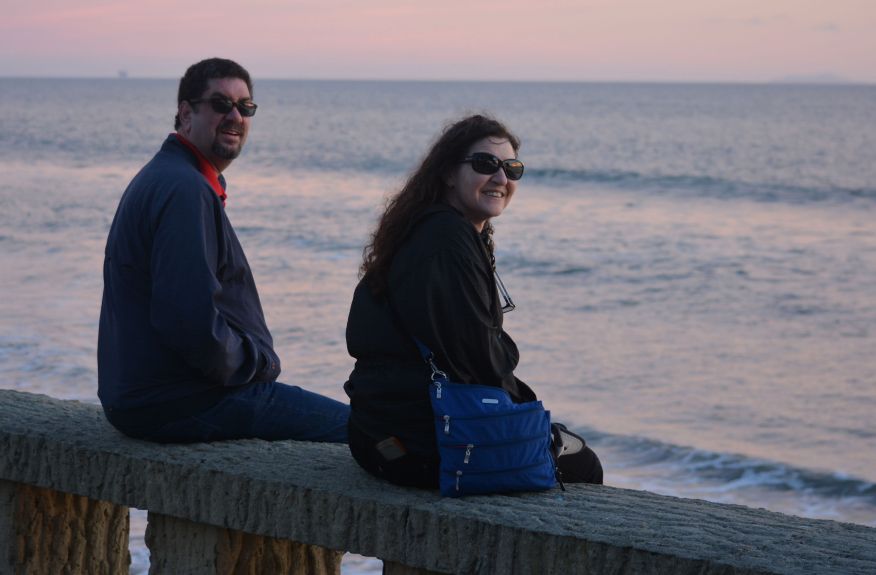 Many of the pics of places we saw are elsewhere (ie,below the newsletter on this blog), or have been on Facebook. This was our first big RV adventure and set the tone for the second big one in August and September to Quebec, the Maritimes and Newfoundland. Although Brady calls us the Bickersons, we were amazed to find extended month or two trips in the RV led to getting along without much bickering. (Except when dealing with Howie’s Cloaca as noted.) As it turns out, and we probably knew this before, Old T and V are happiest on the open road, particularly back roads jammed with peculiar things. (Of course, a cruise IS also nice, as long as it gets us to obscure and interesting places.) Not all who wander are lost.

On the Newfoundland trip, we got to visit with our dear friends, Marlene and David, in Muskoka, Ontario. As previously, we inhabited the West Wing. What a GREAT START to our trip. We then travelled 53 days, 9100 miles, through Ontario, Quebec, New Brunswick, Nova Scotia, Newfoundland. We were 3 1/2 weeks in Newf, not nearly long enough. Beautiful people, amazing rough landscapes, and lots of roads to drive to the end of. (grammar faux pas). Ferry ride was 6-7 hours onto the Island and 18 hours (via a different route) off. Recommend Newfoundland strongly to everyone. On the way back we travelled through Nova Scotia (especially Cape Breton), PEI (we could live there, with better flights), New Brunswick again, and then into northern Maine, northern NH, Vermont, and the Adirondacks,  before the Alleghenies of PA and home. A few previously unpublished pics follow.

Viv in Muskoka, at sundown. Drinking. Barachois Pond Newfoundland (Lakes are ponds there. Really big ponds.) We climbed to the bald spot on the main Mountain. Way high. 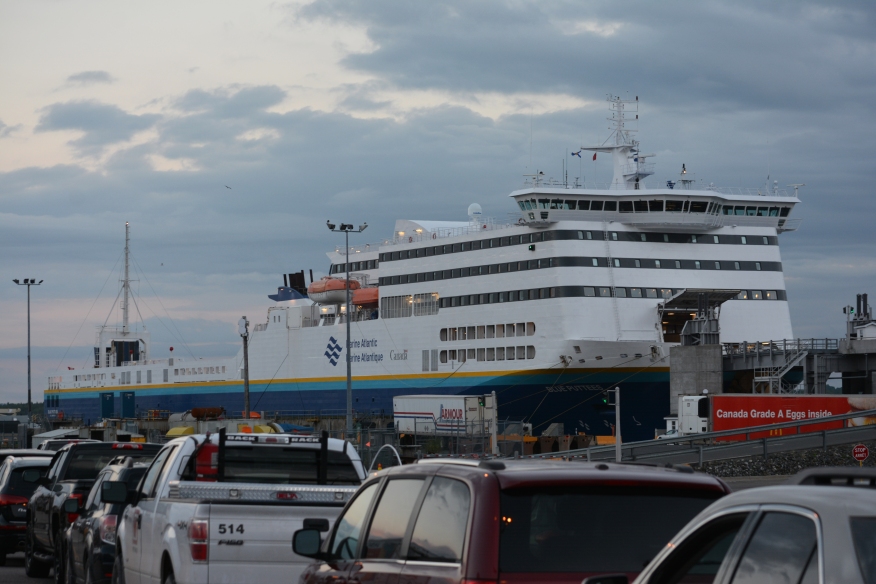 Blue Puttees, the ferry to Port Aux Basques from Sydney Nova Scotia. Blue puttees were the leggings worn by Newfoundland troops in the first World War.

Ahhhh, Bloody Caesar in a bottle. Sophistication in the Bush. Just about every road in Newfoundland. When they  bother to put up signs, it’s very serious…..

We have another 1867 photos but won’t continue to try your patience.

We are happily looking forward to Tim and Philly’s wedding in July. Cincinnati will resound with the festivities. Wild times will ensue. Hot town, Cinci in the summer. Sadly, I don’t think they’ll let me wear a tee shirt and shorts….. Both Philly and Tim teach in Porkopolis schools. This is Tim’s first year and the second graders are wearing him down. But he will prevail. Philly and Tim are part of that bizarre sector of the population that LIKE running. So they do. Long distances.

Brady is in his final year of his Masters program. He hopes to be working this time next year. For money and everything. Meanwhile, Jen is working for a very large Canadian PR/marketing/Polling firm. She has also started to embrace the running  weirdness.

Otherwise we are both well, and eating and exercising and mumbling and grumbling appropriately. Viv has relearned crocheting. She continues with Words With Friends, and sporadically with her genealogy. Yoga is an almost daily thing. Not to mention her gambling addiction. OK so its only Mah Jong and she only loses about $1.50 a week.

I’m trying to fill the time that retirement supplies with photography, videos, some writing and of course, my on-line course in Japanese Anime and Manga.  Sadly, I crashed my drone from 50 feet on its maiden flight, so that is currently being pieced back together. I have begun to workout regularly (no shit). Occasionally I amuse myself by going back to the clinic and listen gleefully to the Docs complaining about the hell of chart completion.

We wish you all Warm and Happy Holidays and a perfect 2017. Go Git’er.

Never too old to travel!

Less is not enough.

Word on the Grapevine

Wine resource and blog for all, from the casual Wino to the Committed Oenophile.

Art and Lifestyle by Brandon Knoll

And then I stop and sit and eat.

The Art of Blogging

Travel Tales With A Twist

For the Love of Photography + Stories + Gear

The best longform stories on the web

Discovering art on the streets of Philadelphia (Est. 2011)

the m john harrison blog
My Dear Kitchen in Helsinki

Did I ever tell you how much I love cooking?

Travel Between The Pages

The Intersection of Travel, Books & Art

stories in the betwixt and between

A collection of writings about place space writing and art ...